All Sixties sass and Seventies swagger, like a chance encounter between Jagger, Sinatra and the Skyhooks, this is a bold reimagining of Sydney at its cosmopolitan peak.

Enticing diners from other floors for a pre- or post-meal drink, a spiral staircase connects the tower’s three hospitality venues, forming a journey into a world of modish conviviality. With a cheeky beverage firmly in hand, guests are encouraged to circulate a spatial plan suggestive of ambitious space odysseys, and the chic exclusivity of the world’s first airport bars.

This retrofuturist slant is further articulated through bold curves and circular portals, exaggerating the round, radial form of the tower itself. Visitors can strike a pose on languid lounges in circular format, a custom reimagining of the Puffallo sofa by Australian furniture house, Didier, harkening back to an era when plush conversation pits were filled with the most fascinating people. These are accessoried by Bellhop and Attollo lights from Euroluce, and red-as-sin carpets by Shaw Contract, hyper-saturated hues and luxe detail which speak of glorious, hedonistic excess.

Unlike Sydney Tower’s two other venues, this floor remains static. Just as well, given the abundant flow of cocktails within. Raising a glass to the past, yet entirely of the moment: this is a bar with iconic personality, made for a city with character. 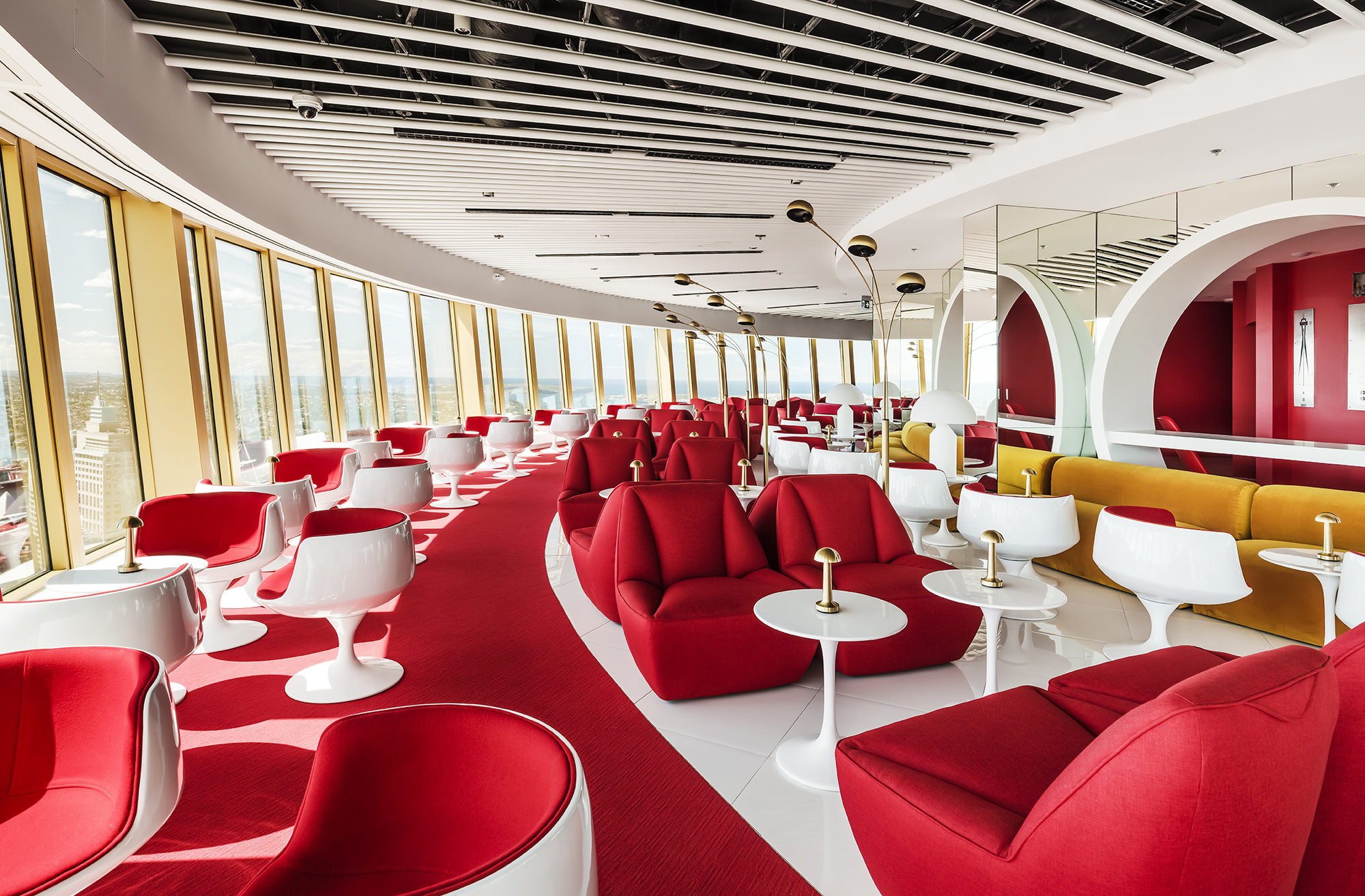 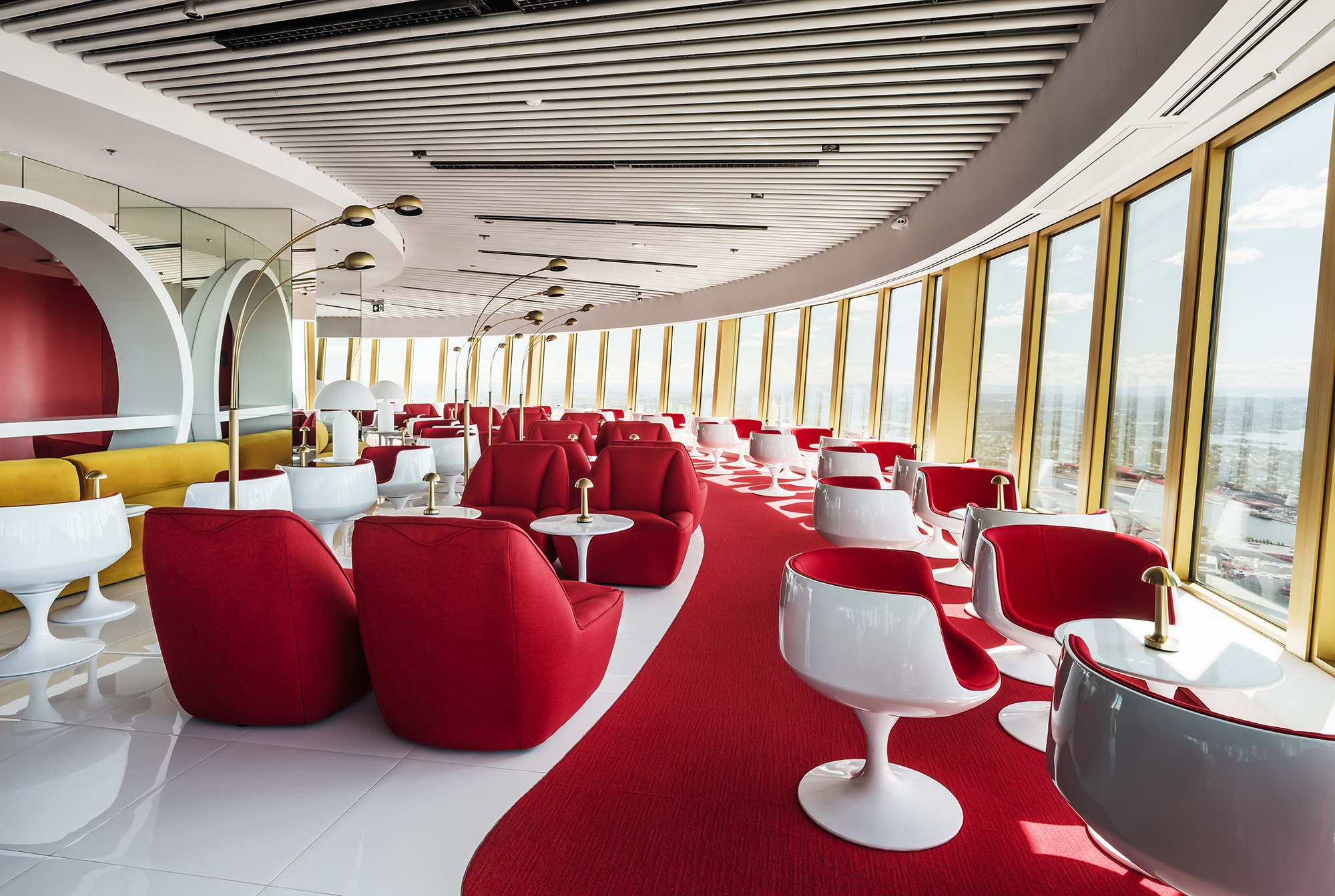 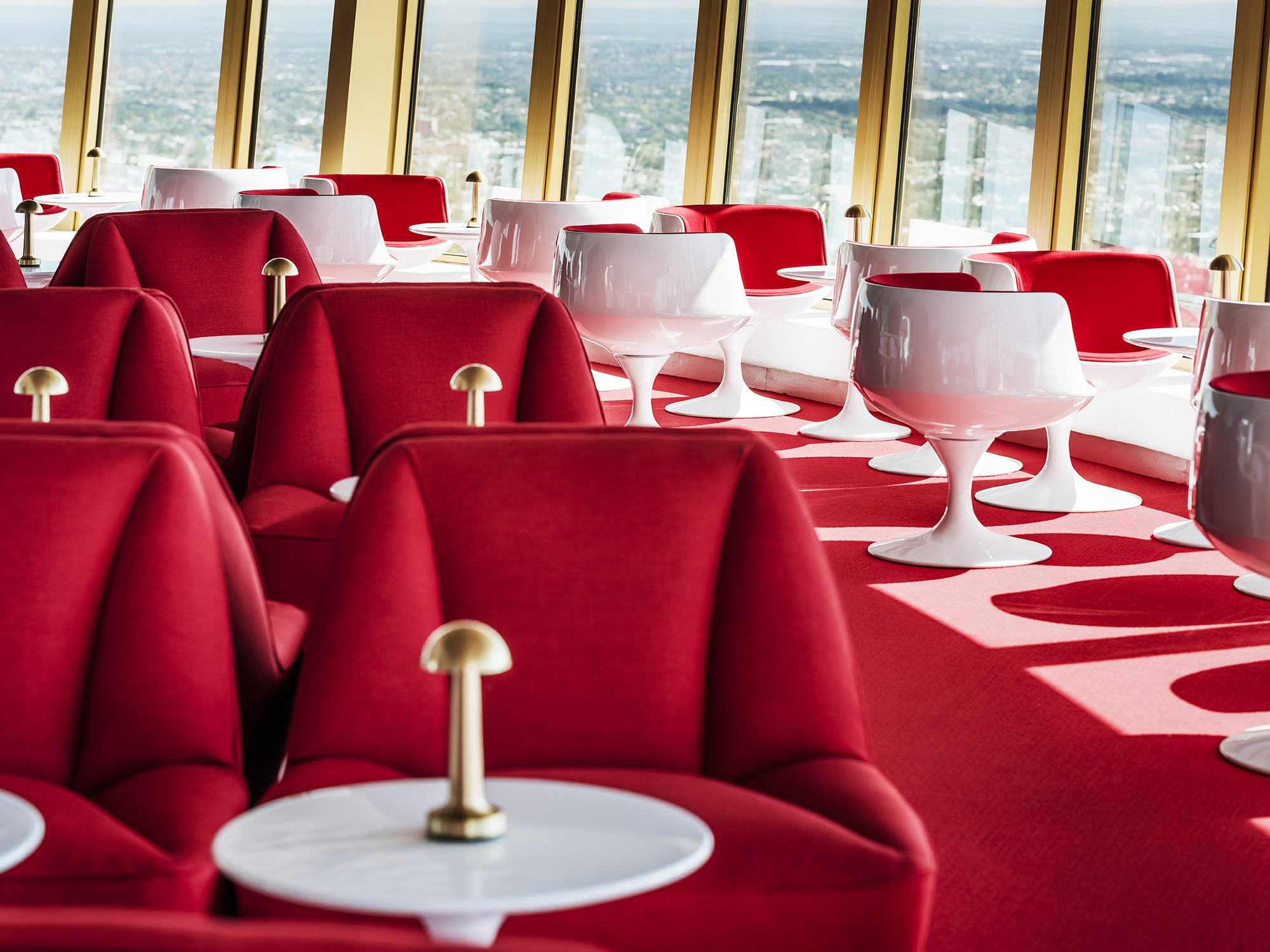 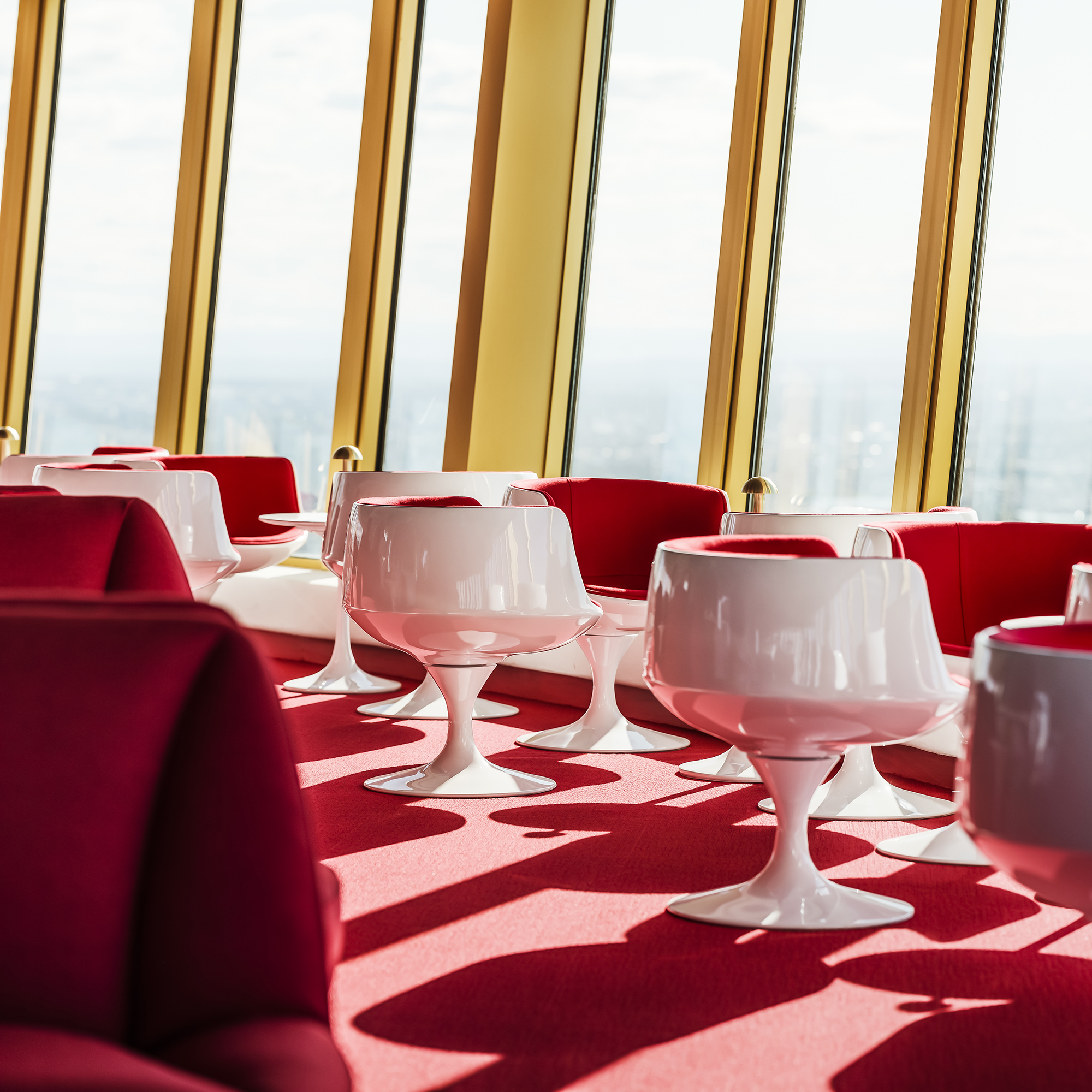 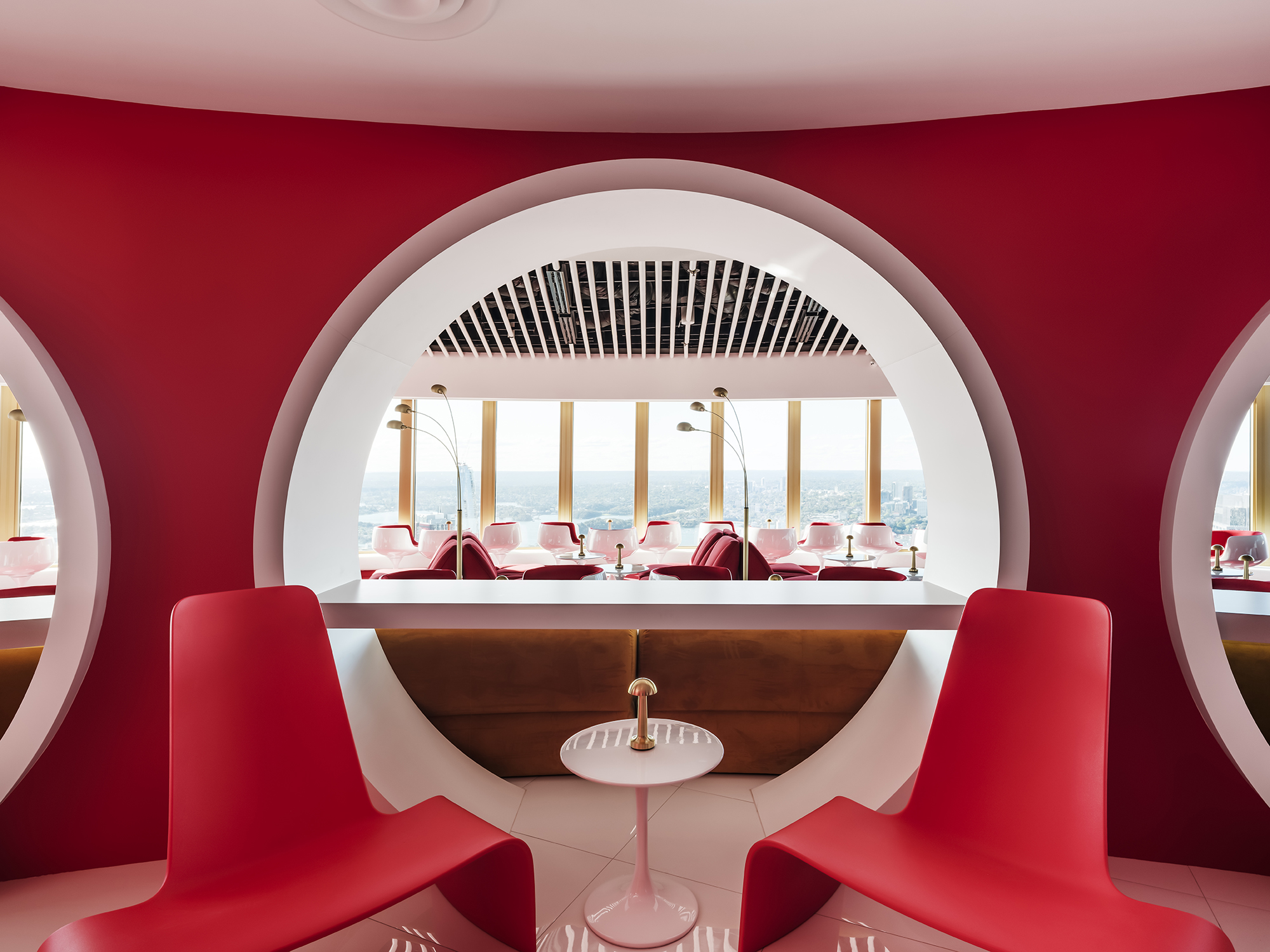 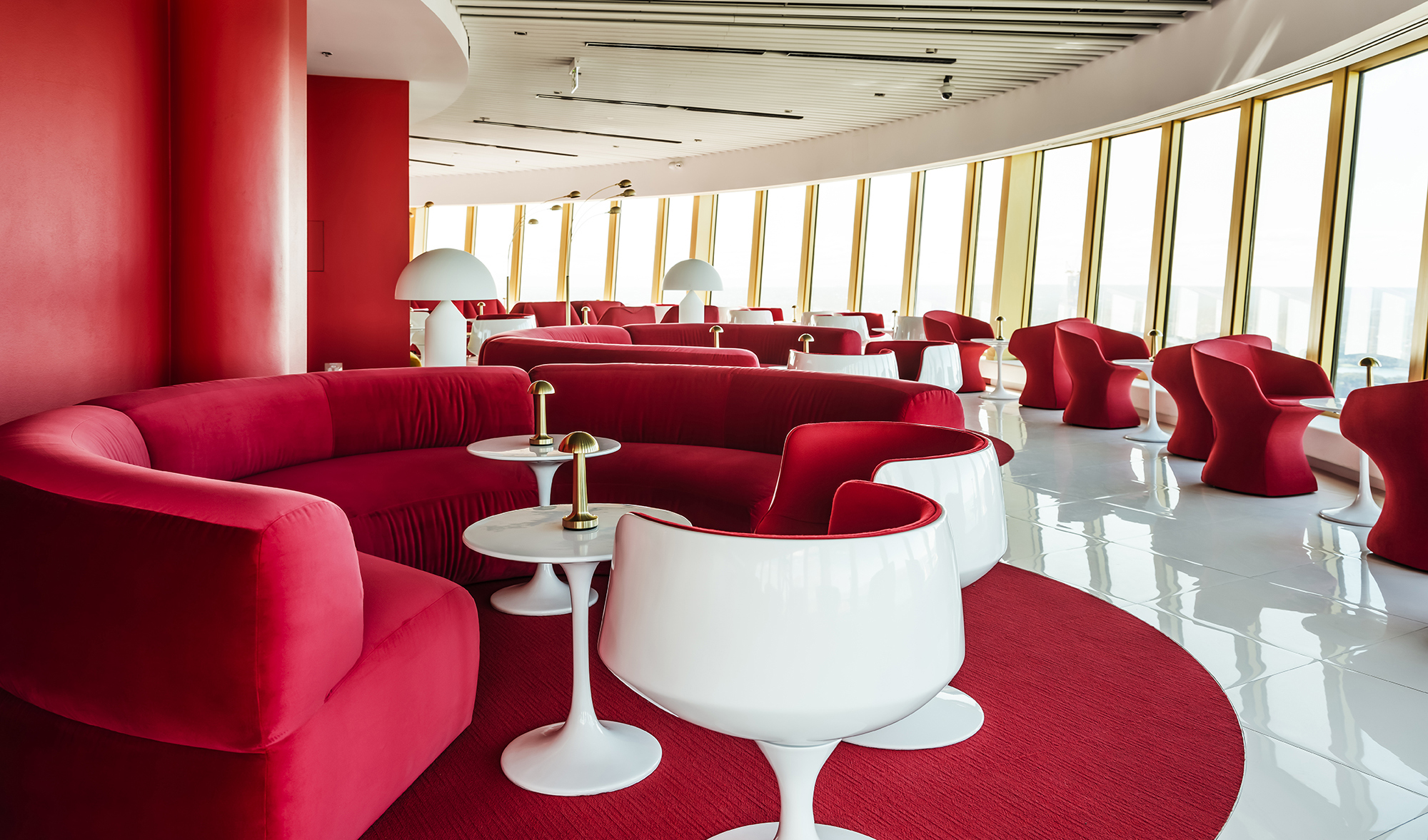 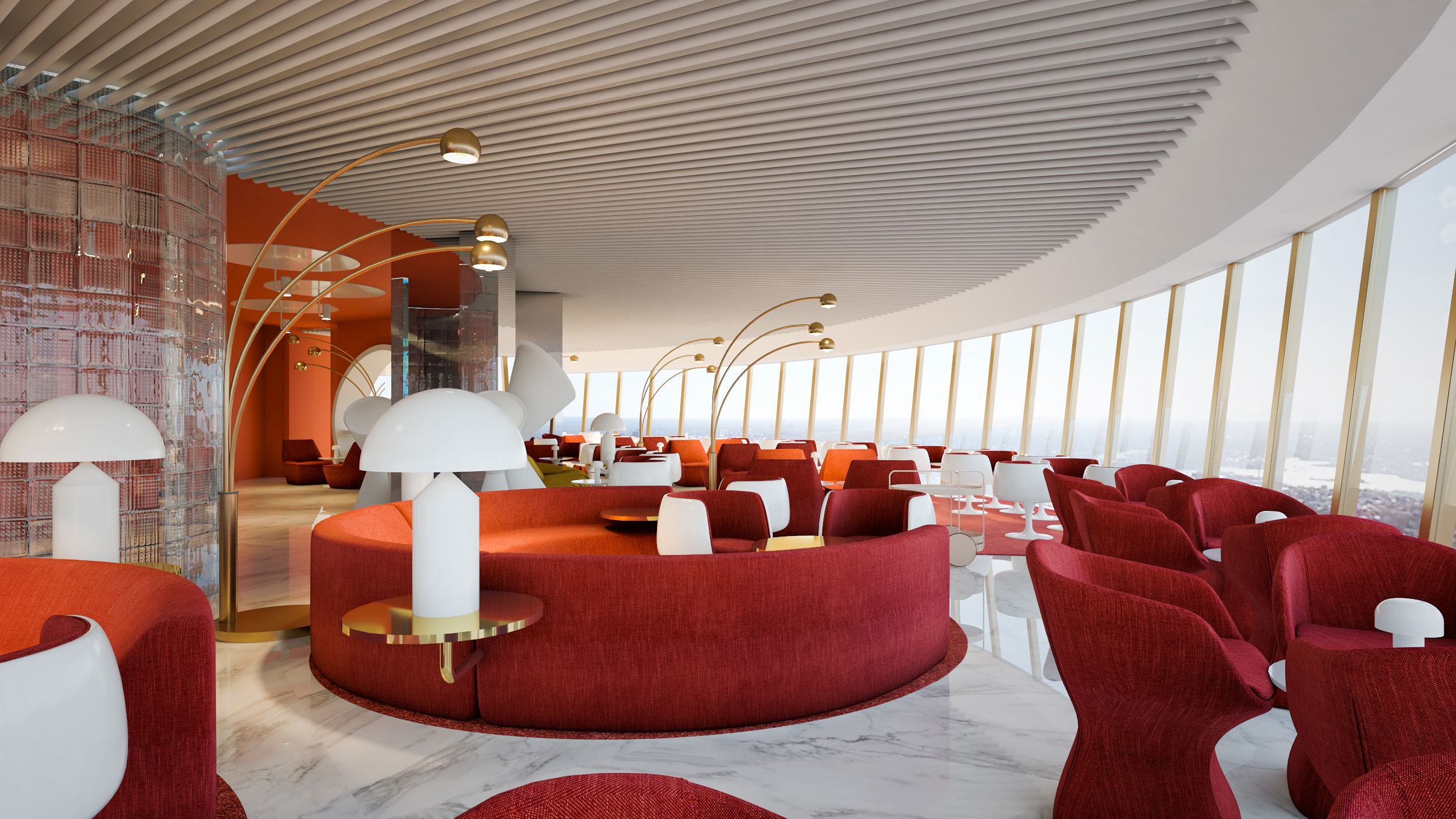 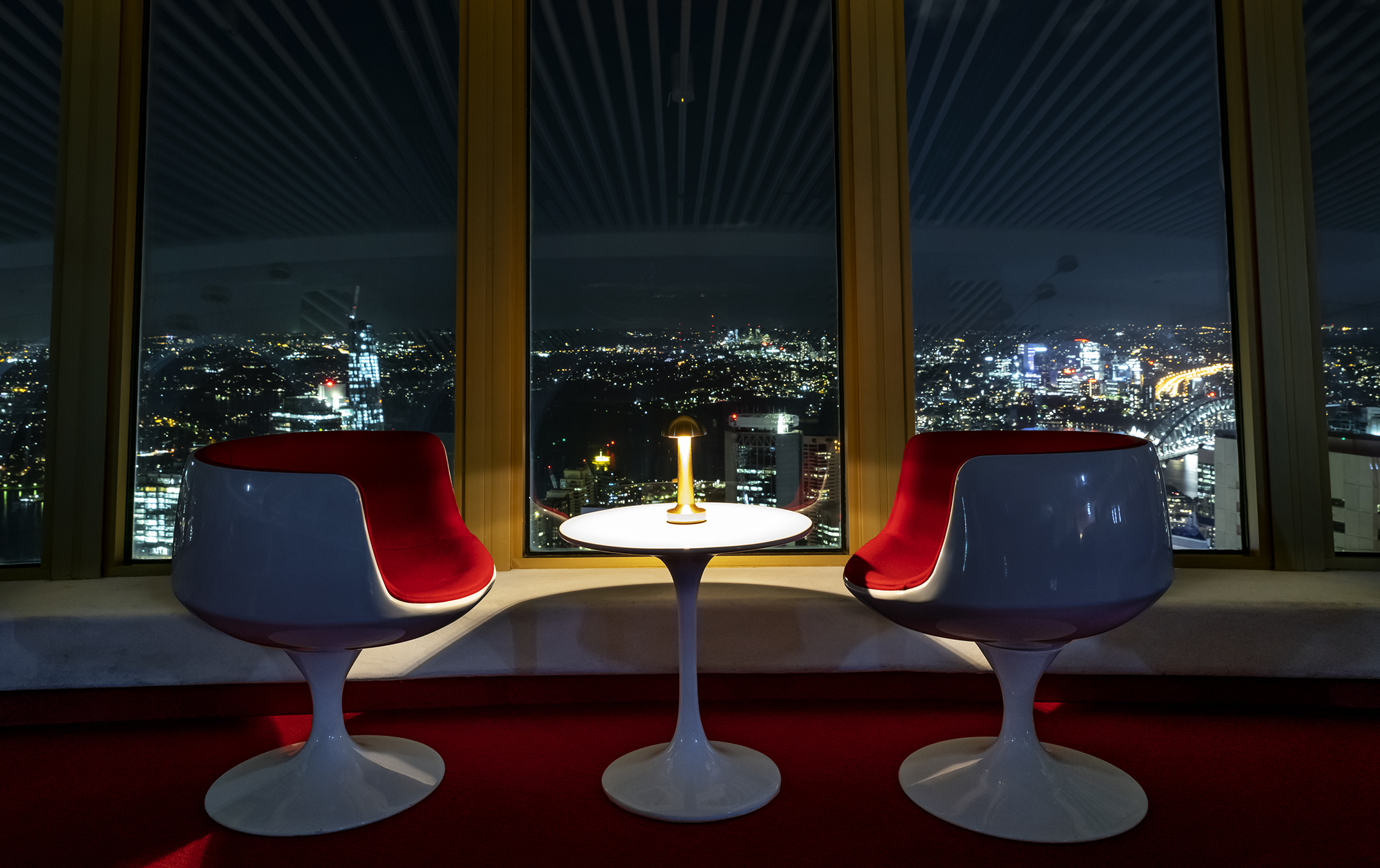 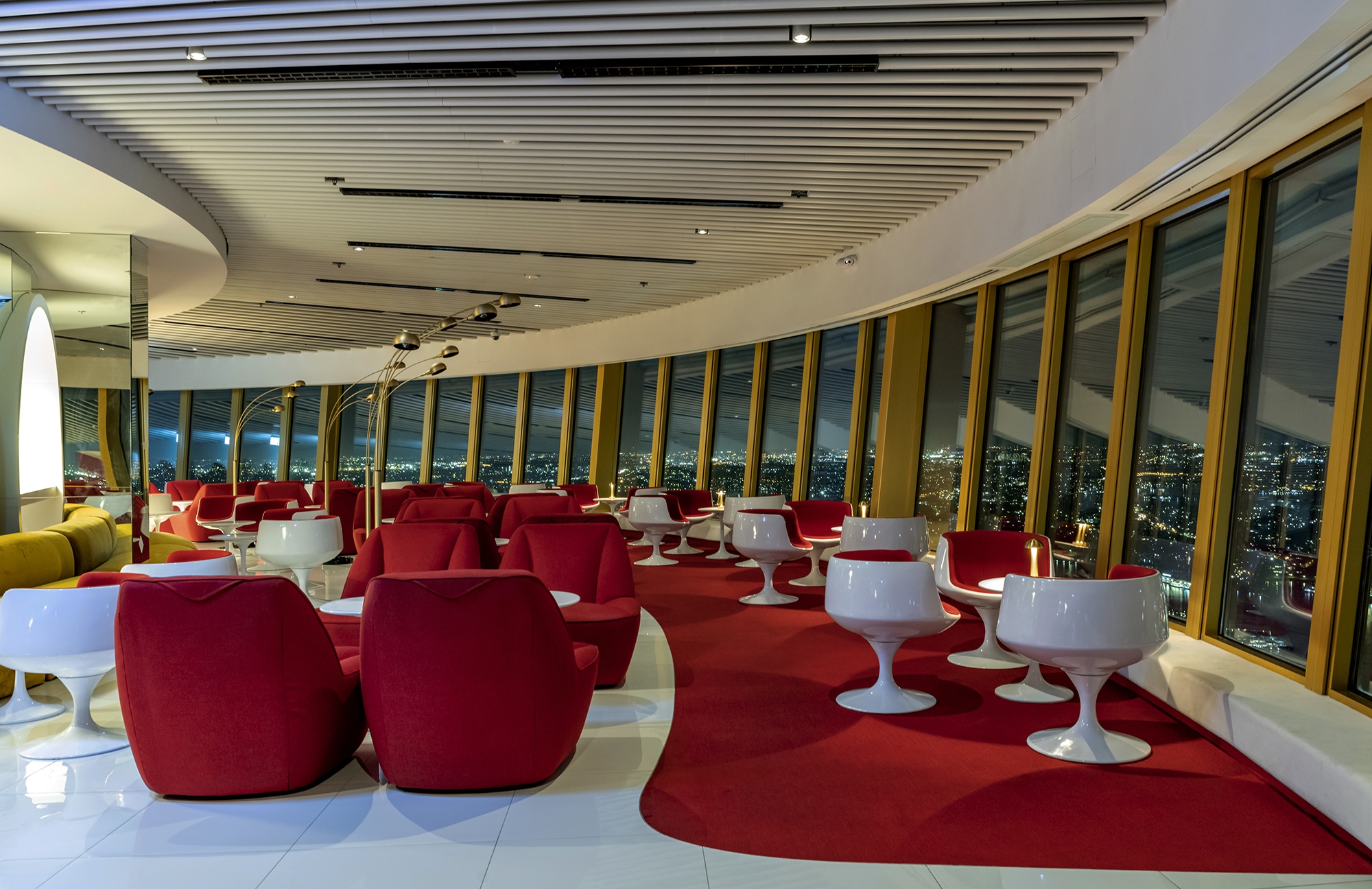 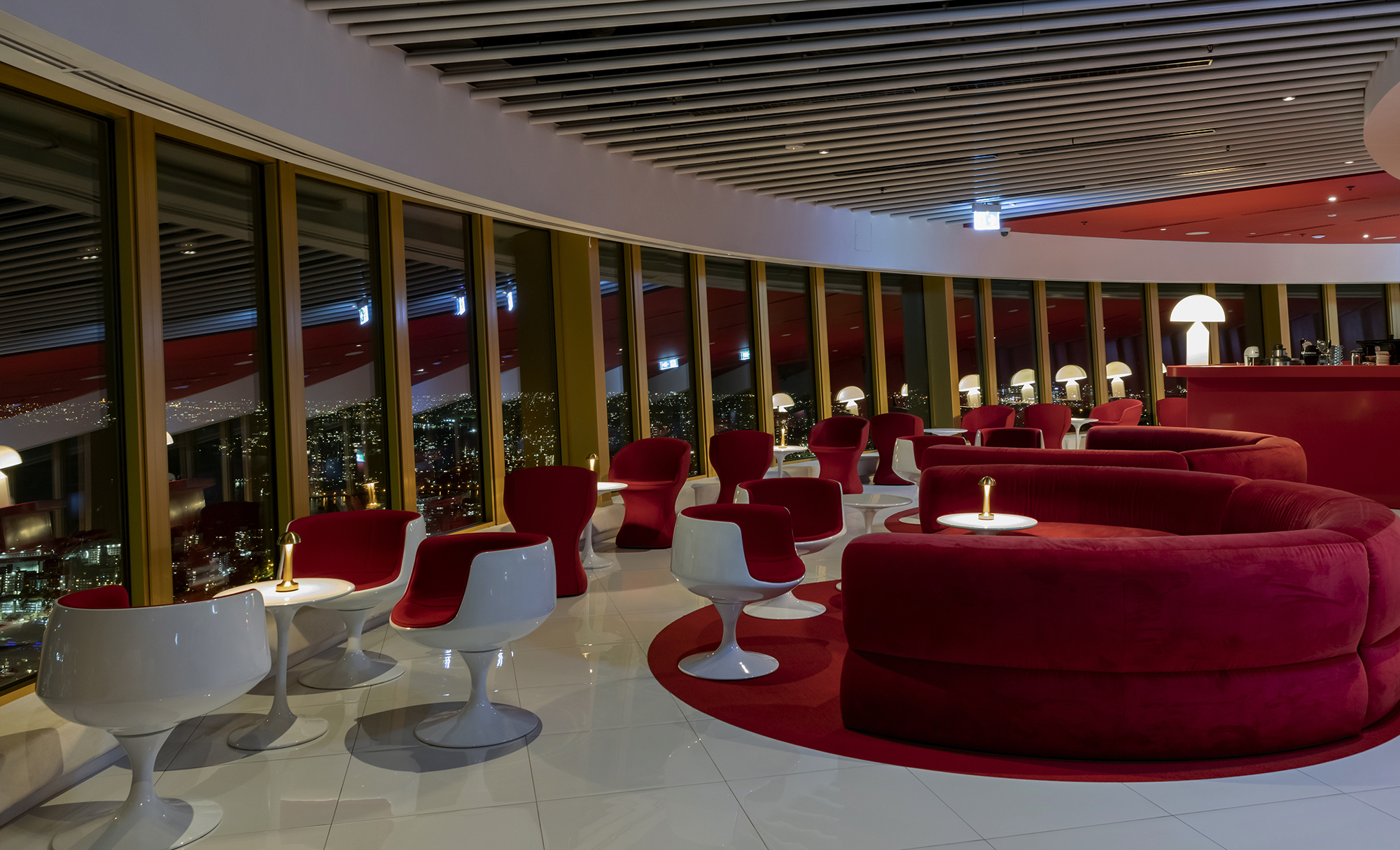 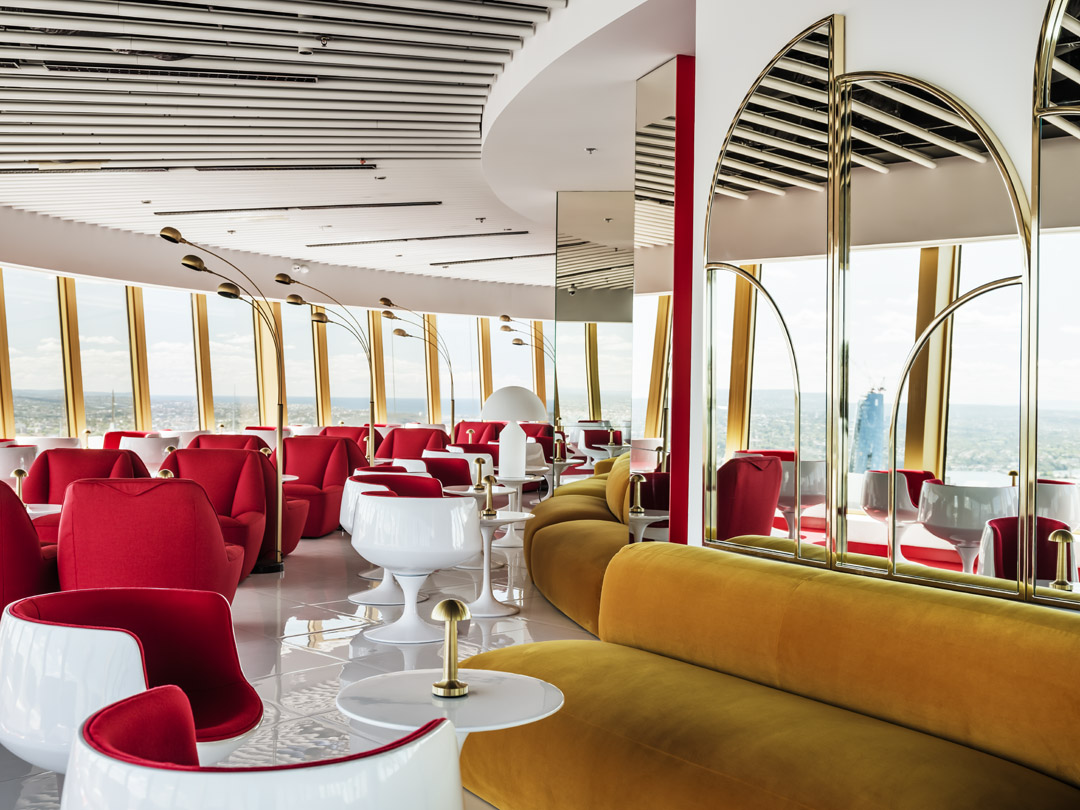 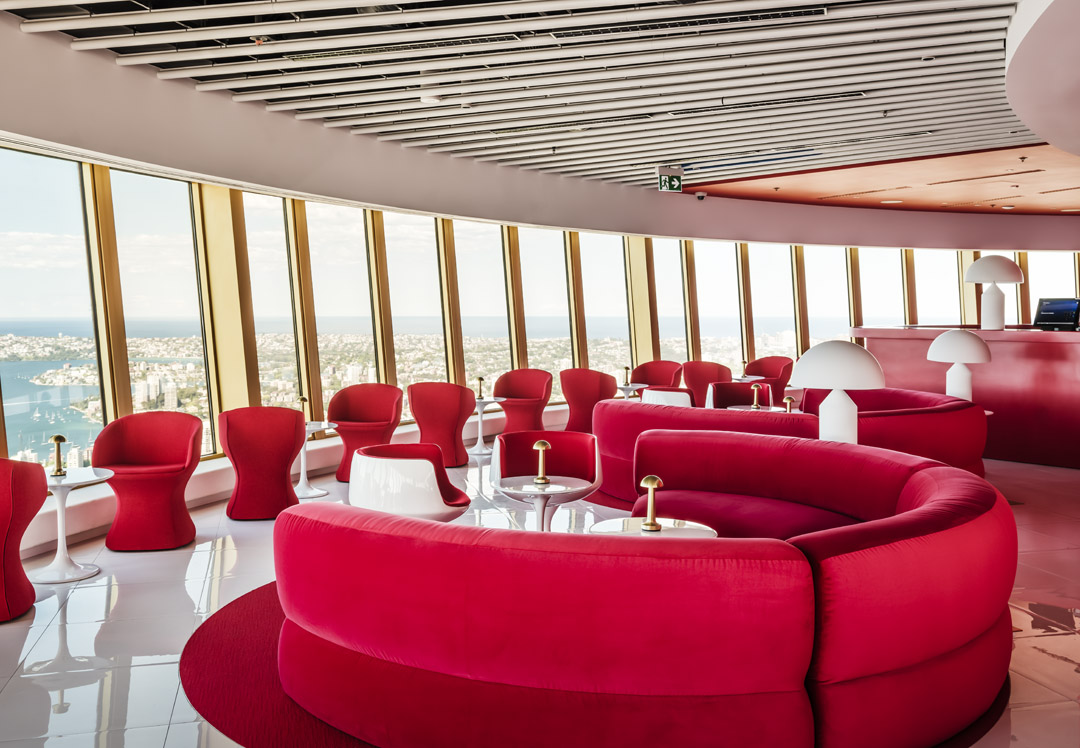 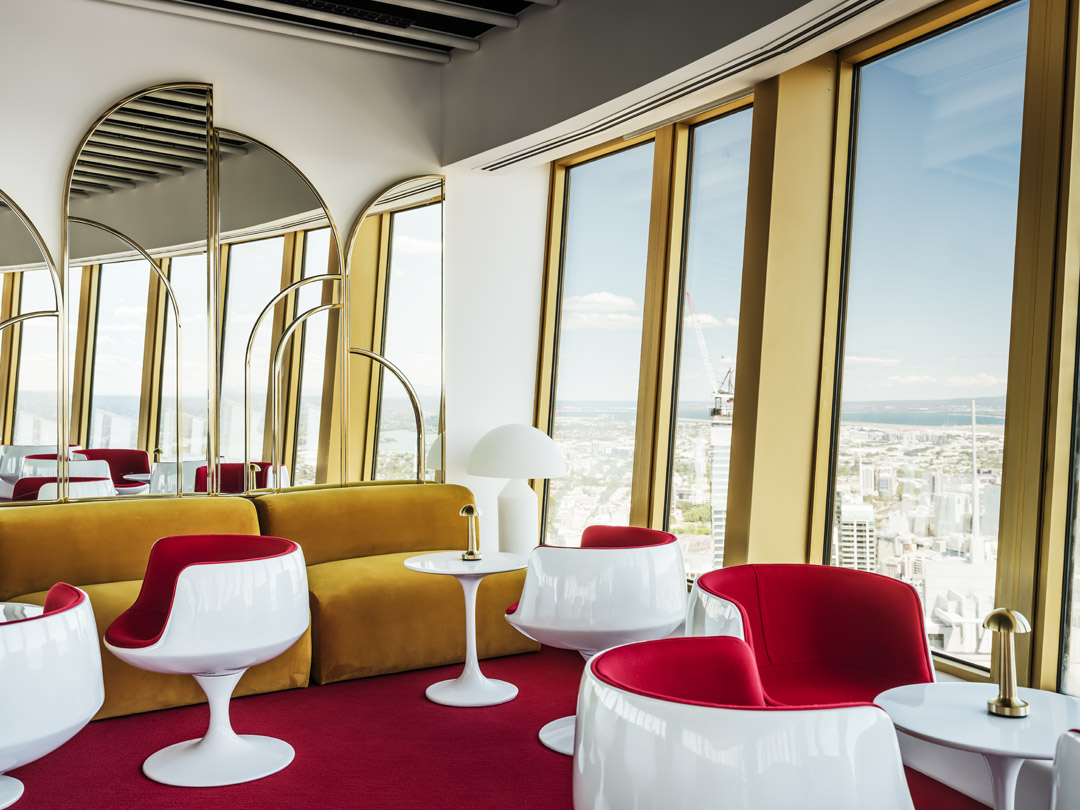